Will crypto really change our system? 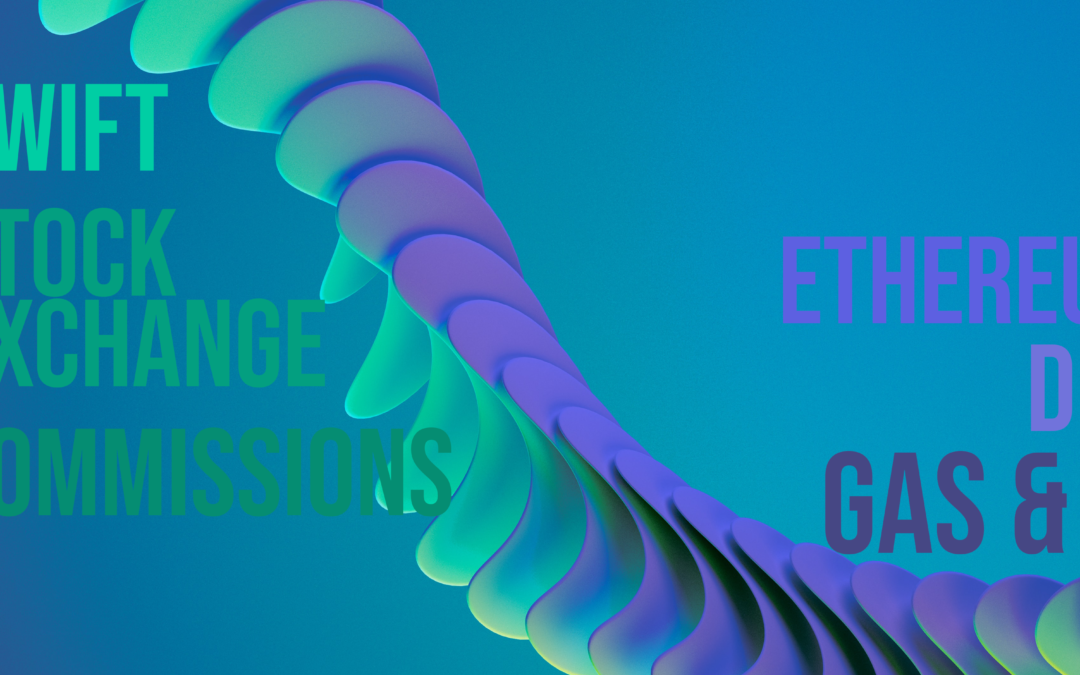 Is the crypto transition dead or just temporarily taking a break? These are usually useful times to reflect with a long-term orientation.

Apart from the widespread and not unreasonable idea that Bitcoin can be seen as a digital form of gold, a long-term storage of value thanks to its decreasing and capped supply, how about the other blockchains and tokens and their volatility? Can some tokens be considered an investment at all, and if so, closer to an early-stage business or an emerging commodity?

Note: nothing in this article is nor should be interpreted as a recommendation to buy or sell or generally invest or trade in cryptocurrencies or any other asset.

How does it work today

A useful way to think about them is to look at how blockchains and tokens would shape the economy in comparison to our existing, “legacy” system. Currently,

Essentially, banks are the backbone of the system, they are both a transmission mechanism for monetary policy by central banks and an infrastructure owner and operator earning revenues by operating a transaction-enabling infrastructure.

Comparison with blockchains and tokens

Banks earn “commissions” – simplistically, 1 EUR of commission paid by the client is 1 EUR of revenue for the bank. The bank has operating costs and needs to allocate capital to the business.

Ether holders who contribute to the validation of transactions earn “rewards” – what users pay in “gas” fees does not go 1:1 into the validators’ pockets as for banks, but “gas” is burned, ETH is issued, and rewards are paid by the protocol to the stakers. The stakers, just like banks, have operating costs and need to allocate capital (in form of ETH, in the 2.0 PoS setup) to the business of validation.

In both cases, you earn revenue for providing a service linked to an infrastructure, have costs, and need to allocate capital. So far, probably more similarities than differences, from a big picture point of view.

One important difference, though, is that bank commissions are paid by clients and earned by banks in EUR, CHF, USD, etc. which are currencies issued by central banks. A common critique of cryptocurrencies is that they can’t succeed because, in case of major success, central banks would ban them as it is not “permissible” to replace a currency issued by a central bank. There is a point. But is (in this example) ETH trying to replace the USD, EUR, CHF, etc.? Not really, or at least not necessarily. ETH can be seen as just a commodity you need to purchase in order to pay for a service. “Gas” is indeed an appropriate name – we will see in a minute why there are even more commonalities between crypto gas and natural gas.

Imagine that you were told by your bank “for the transfer, you have to pay us 0.1 milligrams of gold, please”. Would that be absurd? Strange, but not absurd. Let’s keep in mind that currencies used to be backed by gold (and/or silver, depending on the country) … once upon a time … By the way, inflation over time makes things more expensive. Since commissions for transactions are often expressed as percentage points, the more inflation makes your purchases expensive, the higher the commissions in fiat currency terms, since they tend to be relatively constant over time in percentage terms. A decent long-term inflation hedge from the point of view of banks.

What happens with ETH? ETH long-term supply is expected to be stable, not inflationary. This would mean that the more the infrastructure is used, the more gas fees will be consumed and the more staking rewards will be earned. This should, all else equal, drive demand for ETH, since you need to buy the ETH commodity (gas) with fiat currency in order to pay for the transaction service. What if demand is very strong and supply limited? What happens is what we see today with natural gas: the price of gas skyrockets, so the price of ETH would skyrocket. Just as with natural gas, at some price level, there is demand destruction. If ETH is too expensive, transactions may become outrageously expensive in fiat currency terms, so there is no point really to pay such high costs unless you have no other option. This is something that does not really happen with today’s traditional financial infrastructure.

This is a fundamental problem for tokens (and their blockchains) long-term. While short-term one may trade the volatility and profit from squeezes, long-term this potential volatility is not great as it makes costs unpredictable. The question is – will an equilibrium be reached so that volatility will be negligible or similar to that of electricity prices (before the current crisis)? ETH staking could be seen as something between operating a banking infrastructure and running a power utility company – perfectly legitimate and necessary businesses, by the way. Are (certain properly developed and conceived) blockchains and tokens such an unreasonable way to run a financial infrastructure in the future?

It is very hard to look so far into the future, but it is not unreasonable to imagine a scenario of widespread adoption, if not complete replacement of our financial infrastructure. Ethereum has a capitalisation, at the time of writing, of ca. USD 200bn. Not bad. Ethereum gas fee revenues are reported in the order of magnitude of USD 10bn. Using traditional valuation metrics that is a 20x Price-to-Sales ratio, roughly. Banks have price-to-sales ratios one order of magnitude lower (low single digit). According to Statista, global banks have a capitalisation of approximately 7 trillion USD. It is now easy to imagine the upside in a winner-takes-all scenario for backbone blockchain Layer 1 infrastructure. But is this realistic?

Let us break the problem down

Are banks only providing backbone infrastructure? No, they provide several other services like asset management and financing.

Could Ethereum replace Swift, banks’ and payment processors’ transaction processing services? Difficult to imagine as a Layer 1 solution, as much (if not most) of the transactions would go through Layer 2 and Layer 3 (DApps) and we still have regulatory barriers, one of the main factors that DeFi visionaries seem to forget sometimes. Also, why would Layer 1 capture all of the value created by Layers 2 and 3? Not clear.

Can Ethereum capture some of the value created at the level of Layers 2 and 3? Just like banks capture some value from companies (that in a way are our current system’s Level 3 layer) by providing them with financing services, or utilities capture value from the sale of electricity, internet connection and related service levels, there should be additional value to be captured from gas fees. In a winner-takes-all scenario (realistic or not) where you are the only infrastructure, you may be able to capture more value. We nevertheless should keep in mind that gas fees in a Layer 1 infrastructure are more similar to a B2B business than a B2C, as most people will interact with Layer 3 and the Layer 2 providers will be those directly paying fees to Layer 1.

So those 7 trillion USD of global banks market capitalisation now seem definitely far away. But how does Ethereum’s 200bn market cap with a low double-digit price-to-revenue compare with, for example, Adyen’s (the Dutch payment processing company) roughly 50bn market cap and a price-to-revenue ratio in the mid-single-digit range? High. But not totally crazy. The difference of course is that today’s payment processors are running a reasonably proven business, while Ethereum and other projects are still in an early-adoption phase.

One key question we need to ask is: why should the world move from SWIFT, banks, and current, often well-functioning, online services, to a completely new infrastructure subject to more volatile costs? What major advantages would blockchain bring?

While many people may not like the idea of a central authority, a decentralised protocol remains only as good as the code written by the people behind it. The list of security breaches in the crypto space is not of negligible length. While fiat currencies have been terrible stores of value in the long term, the deflationary (or at least not highly inflationary) design of some of the major tokens is solving one problem (inflationary devaluation) while creating a new one (transaction cost volatility). It is in a way just creative destruction, the engine of evolution and capitalism. Did we already surpass the tipping point for the adoption, as we have seen major and powerful VCs getting into the blockchain space? One should expect significant efforts behind the scenes to support adoption of these new technologies. Such institutional investors are also helping to professionalise the blockchain universe and separate the scams and jokes from the legitimate and value-creating projects.

Will people and companies opt for a completely new economic system because of superior incentives?

Or will they be forced to move to a different economic system, driven by token-commodities, whose supply is controlled by a limited number of entities? That would be far from the idealised, decentralised vision of many crypto enthusiasts.

Or will the system remain roughly the same in the end, as it is today, just with some new technologies, selectively implemented, without much of a role to be played by tokenomics?

Will Crypto really change our system?